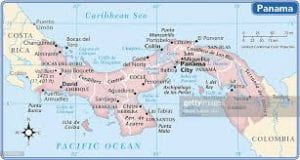 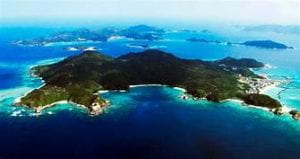 I would like see Okinawa so I can see Kanbun Uechi’s gravestone. That would be a big honor. He is my type of karate’s headmaster, my sensei.  I do not know how to explain this that well.

“What was that noise?” asked Justin.

“It is the Ghost of Okinawa.” said Joe.

“That is the grave that I want to see.” said Justin.

“Yes I do!!! Where is the grave?” replied and asked Justin.

Kanbun says, “Who dares pass? Do you know what kind of karate I do?”

“Yes, I do. You did Uechi Ryu Karate.” said Justin.

“Name the teachers, from yours to me.” said Kanban.

“You really do. I will let everybody into my grave and I will tell my son that too. Ok?” said Kanbun.

“Everyone can come to me. Everyone you are all allowed.” replies Kanbun.

“What was that noise?” asks Justin.

“My name is Sophie.” she replied.

“Hi Sophie. My name is Justin.”

“Welcome to Panama City. This my family. My Abuela, Abuelo, Mamá and Pápa.”

“Hello Justin my daughter Sophie has a problem.”

“Yes, I will help you.” replied Justin.

“Thank you for that.”

“You are welcome. So what is your problem?” asked Justin

“My problem is that an army is trying to take over the Panama Canal.” said Sophie.

“What, they cannot do that! That is not any of their property.” screamed Justin.

“Ever since they took over the Great Wall of China, they think that they are the most powerful people in the whole entire world.” said Sophie.

“That is super sad, Sophie. Lets go and get those people.”

“That is going to be very hard.”

“Because the best guard that we had got killed by the army.” said Sophie.

“They must be strong.” said Justin.

“They are super strong.” said Sophie.

“You were not kidding when you said that, Sophie.”

“I do now, Sophie. They are super powerful. We are going to try our hardest. That’s what matters.” said Justin.

“There they are trying to break the canal that going to flood the whole country of Panama.” said Sophie.

“We need to stop them. No running away, ok? Hey look the leader is a kid just like us.” said Justin.

“I came to stop you from taking over the canal. Why are you doing this?” said Justin.

“For pay back for my parents.” said the leader.

“They went on a trip to Panama and never came back to Argentina again.” said the leader.

“Were they sick?” asked Justin.

“They could have past away.” said Justin.

“You are right. I will stop attacking. Ok?” said the leader.

“That is awesome! So can you leave now. And the next time you get angry, stop and think to see if something different happened.  Think it through!’ said Justin.

She said, ” That is a Bala shark.” The Bala shark was in a heated tank.  Goldfish do not like heated water.They like cold water. That is the opposite to the Bala shark. They like worm water . So we almost left, but then I knew what I wanted. (Or did I …)  I wanted a fish that wasn’t big then I got 2 goldfish and 3 mosquito fish . And those are my new fish .

These shoes are really good ones. My dad got me these shoes but they are black. Thees are also at Dicks.  That is where I got my shoes .  These might be a little hard to get on at first, then you will get used to getting the shoes on . Warning DO NOT WEAR THESE OUTSIDE. THEY WILL GET THE GRIP OFF THE BOTTOM AND YOU WILL SLIP OUT OF BOUNDS . They are very, very comfy shoes .  I give these shoes 5 stars out of 5 stars . 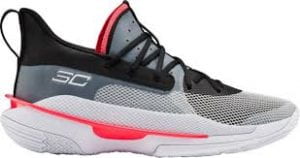